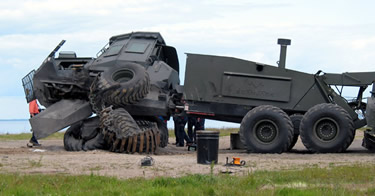 peacekeeping and peaceenforcing operations. Scanjack won a contract of delivery of mechanical mine clearing equipment to the Swedish Armed Forces in 2002. During 2002 a prototype was built and delivered. The customer 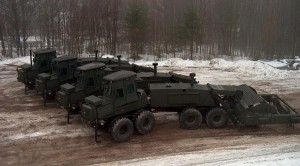 verfied the product in an extensive verification program and a contract was signed about delivery of four units plus updating of the prototype to “serial version”.

In summer of 2007 the Swedish Armed Forces went to Bosnia-Herzegovina with a plutoon for mine clearing operation in cooperation with the Bosnian Armed Forces.

A uniqe and successfull mission with sharing of knowlegde and experience.